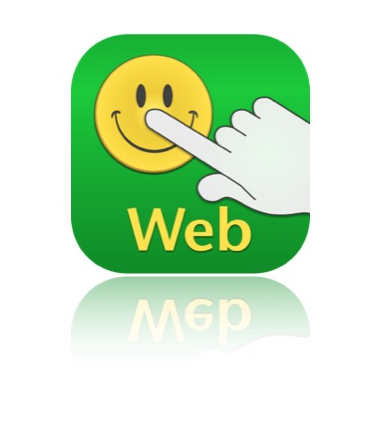 emoTouch Web turns any modern smartphone or tablet with the operating systems iOS or Android into a versatile scientific research tool that can be used to rate music, videos or live events in 'real time'.

emoTouch Web enhances the concept of the predecessor app emoTouch for iPad substantially, me- thodically, and technologically as it builds on a device-independent web-based interface and data storage. This, for the first time, allows the implementation of the BYOD concept (Bring Your Own Device) in a music-psychological research tool, so that subjects, e.g. listeners in a live concert, can use their own smartphone or tablet in the research setting.

The overall concept of emoTouch Web consists of three components:

Although emoTouch Web was stimulated by the needs of research on musical emotions and and audience research, it is designed for flexibility and free configurability of the subject interface, the instructions, program flow and data logging and is not limited to specific research questions. This extends the fields of application beyond music-related questions to other time-bound arts, such as theatre, dance or film, but also e.g. for use in other process-related, time-bound situations, such as assessment and feedback systems in class or lectures, or in the exploration of political communication.

The development of emoTouch Web is funded by the program 'Kultur- und Geisteswissenschaften digital' of the Volkswagen Foundation.

The project will run for three years from 2020 to 2022 and is supported by Carolin Scholle and Fabian Gehrs.

emoTouch und emoTouch Web are developments of the chair for systematic musicology of the University of Osnabrück (Prof. Dr. Christoph Louven) and are available for scientific purposes free of charge. 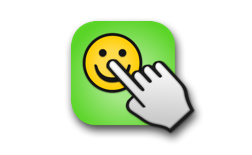 The predecessor app emoTouch for Apple iPad was available for free from 2013 to December 2018 in Apple's iOS AppStore.

In an emoTouch session the participant can continuously mark his reactions to music or video played by the device or a live performance in one or two dimensions. As an example emoTouch can be applied for recording emotional self-report using the two-dimensional emotion space with its dimensions valence (negative – positive) and arousal (active – passive). For the first time, emoTouch provides a tool where the participant may intuitively touch the emotion space itself.

A lot of implemented features and options enable emoTouch to work as a suitable tool for numerous research topics: 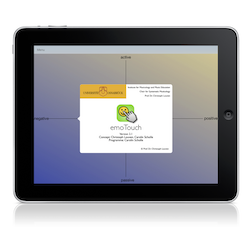 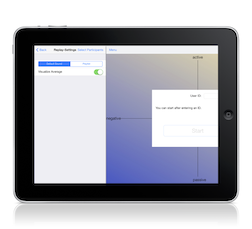 emoTouch is only available in English, but provides options to change all the text that participants in a study will see, so any language can be used. emoTouch is a developement of the chair of systematic musicology of the University of Osnabrück (Prof. Dr. Christoph Louven, Carolin Scholle).

Version history of emoTouch for iPad

IMPORTANT: If the data recorded with the previous version are still needed, they have to be exported before the update!

Download background pictures and pointers for use with emoTouch

If you download the images to the iPad’s media library, you can select them in emoTouch as background or user feedback images. Just go to the Menu —> Options —> Session Screen.